Would you like our expert and creative musicians take care of the score of your video project?
Read about their experiences, listen to their music and contact us.

Italian progressive rock band with symphonic roots founded around the early ‘80s. After their first appearance on the vinyl compilation “Exposure” by Steven Wilson in 1989 with the track “The Witch” they release 3 cd albums: “L’Alchimista” in 1990 with the Japanese label Spring Song Corporation, then “Oxian” in 1994 with the Dutch label Si Music and then “La Strega” released in 1999 with the Italian label Mellow Records. Their music is characterized by many influences of different styles: the Renaissance interventions, allayed digressions in the Baroque and hard rock incursions as well as in the most experimental electronic music styles. 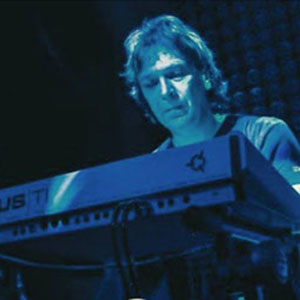 Claudio Zennaro aka Einstein Doctor DJ: musician, producer and DJ. Since the 90’s he has been very popular within the trance and techno scene due to his charts productions among which we would like to mention Automatik Sex, Elektro Woman, Formula and above all the smash hit Eins Zwei Polizei by Mo-Do. 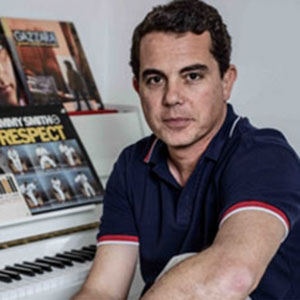 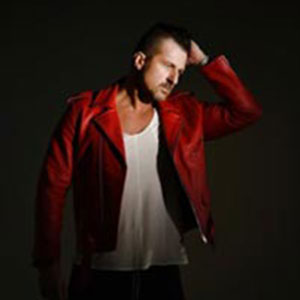 Gabriele Cerlini, DJ, songwriter, producer. Since 1993 he’s a protagonist of the music charts worldwide, as an artist and producer for other projects. DJ Cerla, Dr. DJ Cerla, Floorfilla, Jo Smith, Moratto projects all share his production touch. He remixed important artists like Rednex, Fiorello, Adriano Celentano and others; he also builds lasting co-ops with international DJs such as Manian (producer of Cascada), Rob Mayth, Italobrothers, Basslovers United. His trademark sound brings together merciless vocal samples and epic melodies, for tracks built for the dancefloor but suitable for radios, too. 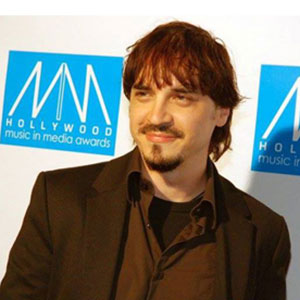 Jesús Calderón is a talented film music composer from Spain who has written more than 100 soundtracks for short films, animation, documentaries, movies, theatre, advertising, etc. Over the years he has worked with filmmakers and producers from many countries, winning several awards for his music in international festivals, like the "Hollywood Music in Media Award" (Los Angeles) in 2012. Classical trained, but influenced by electronic music and movie soundtracks, Jesús's compositions are unique and full of sonic mixtures. In his music you can find suspense, beautiful melodies, epic themes or delicate and intimist textures. 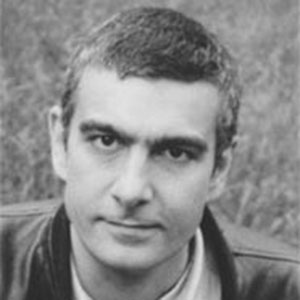 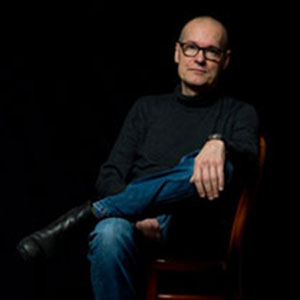 Pianist, keyboardist, multi-instrumentalist. Playing piano since the age of 7 he grew up playing keyboards in extreme metal bands and studying Film Scoring at the Bologna Conservatory. He works composing music for PC, video games, soundtracks for theatrical representations and short films. 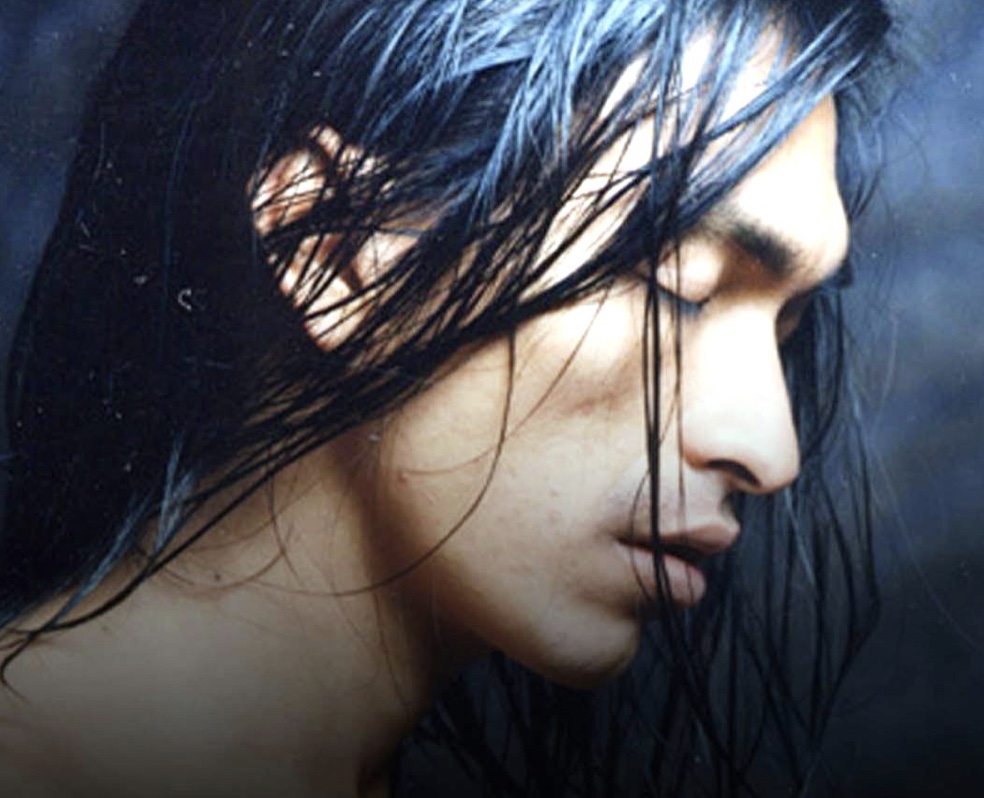 RAMIREZ
Originally from the Colombian Caribbean coast, Ramirez, is one of the iconic artist of Expanded Music's repertoire. Famous for many successful dance tracks such as La musica tremenda (1992), Hablando (1992), El rhythm barbaro (1992), Orgasmico (1992), Terapia (1993), El gallinero (1994), Bomba (1994), Baraonda (1995) which have climbed the charts in Europe and Latin America. Ramirez is a true icon of techno music of the 90s and his songs are still cult tracks of international dance music.
In 2004 Expanded Music released a double EP with remixes of all Ramirez's hits made by big names in the electro and house scene of the time, from Carl Cox to Elektrochemie LK to Yves Deruyter
Despite the aggressive and irreverent look, Ramirez is actually a very quiet person.
In addition to his artistic activity, Ramirez holds a PhD in physics and mathematics, he worked with Margherita Huck at Trieste (Italy) University , currently, he works as a scientist and professor at Waterloo University (Belgium). 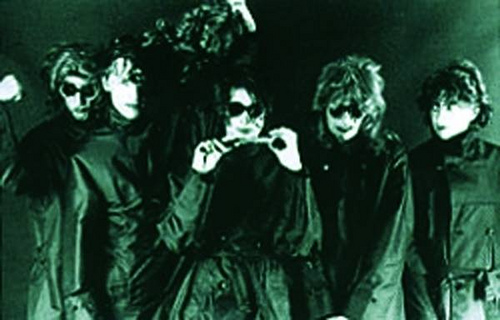 Gaznevada was an Italian musical group based in Bologna active between the late seventies and late eighties. Gaznevada have been an important part of the cultural ferment of the '77 Student Moviment's. Their sound was initially a mixture of Punk rock, No wave and New Wave"The five members of the Gaznevada band hit hard with a sound that mixes new wave inspirations with fragments of Talking Heads, Pere Ubu and Suicide" (ROLLING STONES MAGAZINE). The same prestigious magazine inserts this album in the Top 10 of the New Wave Italian Albums and in the Top Fifty of Italian Albums ever.in the second half of their career they moved more and more towards pop and commercial sounds, developing a particular form of Italian disco. I.C. Love Affair is still a cult records for many DJs. 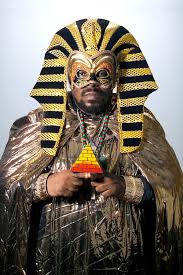 Afrika Bambaataa, the best-known Hip Hop music representative, comes from Bronx (N.Y.). He has been interested in music since he was young, in the early 70's, also as antiracist and pacifist commitent. He became soon quite famous as D.J., basically because he was so able to blend different music styles - funky, electro pop, rock, heavy metal, calypso - in rythmus and together with other two well-known D.J.'s, Grand Master Flash and DJ Kool Herc, created an innovative way of playng music: Hip Hop.

With "JUST GET UP AND DANCE" Afrika Bambaataa has started his cooperation with D.F.C., the Italian dance label, established all over the world because of its suggestions, both innovative and successful.

The LP "Decade od Darkness" followed on the wave of success of the first single with DFC and it was licensed all over the world. Then he published some other singles: "Soca Fever", "Hell's Party", "Hell Below", "Feeling Irie", "Funky Heroes", "Pupunanny", "Bellie to Bellie", "Feel the Vibe", "Happy", "Mind Control" and some more. 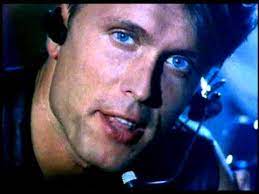 Mo-Do, was an Italian musician. Mo-Do appeared in the 1990s as an Italian electronic music act. Although Mo-Do was Italian, but his songs were in German. Eins, Zwei, Polizei, since its first release is an international club anthem. Inspired to nursery rhyme for children, Eins Zwei Polizei rose to the top of all European music charts. In the winter of 1994-1995 MO-DO released the album WAS IS DAS along with another hit single: SUPER GUT.

N.O.I.A. were an Italian musical group whose music went from the first new wave and synth pop to an electro style following the example of Kraftwerk and Giorgio Moroder. N.O.I.A. are considered one of the first first Italian electronic group as well as among the major exponents of the Italian independent scene of the early Eighties. Their songs have been included in numerous Italo disco anthologies.